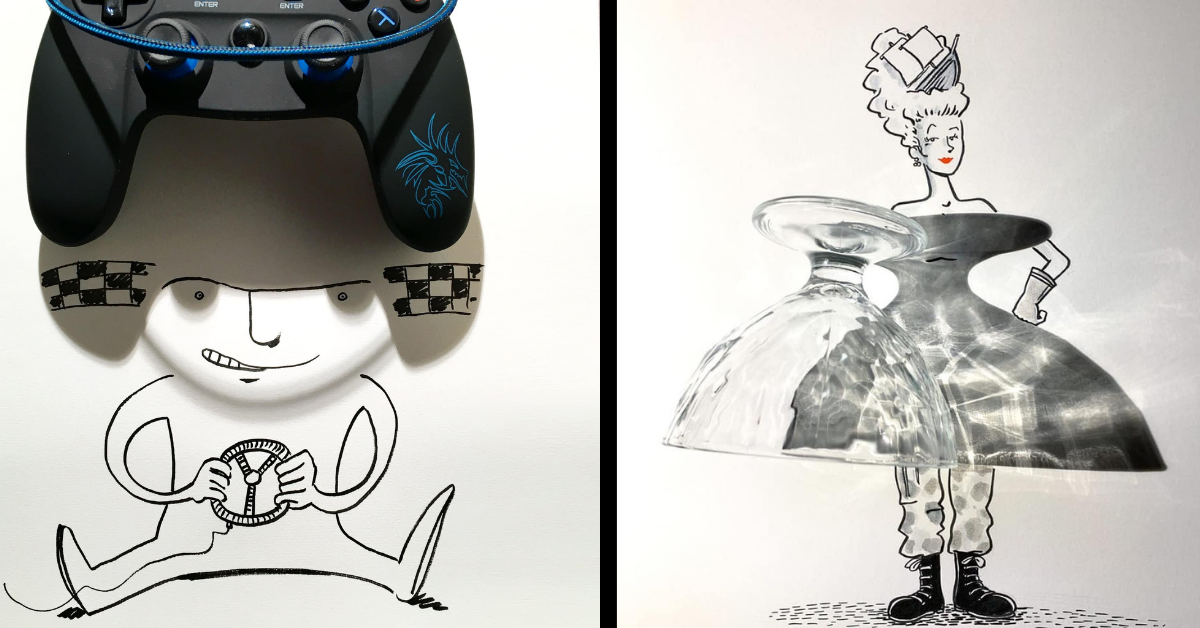 I’ve always been making little drawings, ever since I was a kid. Coming from Belgium -the land of Tintin and Lucky Luke- of course, I wanted to be a comic strip maker. But fate and study (and the attraction of the silver screen) turned me into a filmmaker. As a director, my drawing came in handy for making storyboards and communicating with the crew.

I’ve done four feature films (and several shorts and commercials) and I love directing and writing, but the whole process can be so time-consuming. Sometimes it takes eight years from the first idea until opening night. Very frustrating. While I was working on a new script last April, I noticed how my teacup made a nice shadow on a piece of paper. I drew some lines on it and suddenly the shadow was an elephant.

I took a pic with my phone and posted it on Facebook. Before I knew it, this pic was shared and liked as never before. I was surprised how much people liked it. Since that day I’ve been posting a doodle a day. Sometimes with shadows, sometimes with objects, always with a silly punchline. It’s great. I love how quick it is. I have an idea, make it, and find an audience, all in less than half an hour. I love the freedom. There are no restrictions. I can just watch a shadow and see if I recognize a shape.