KNOSEARCH
Home Animals Woman Finds An Incredible Bug That Looks Like A Lavender And White... 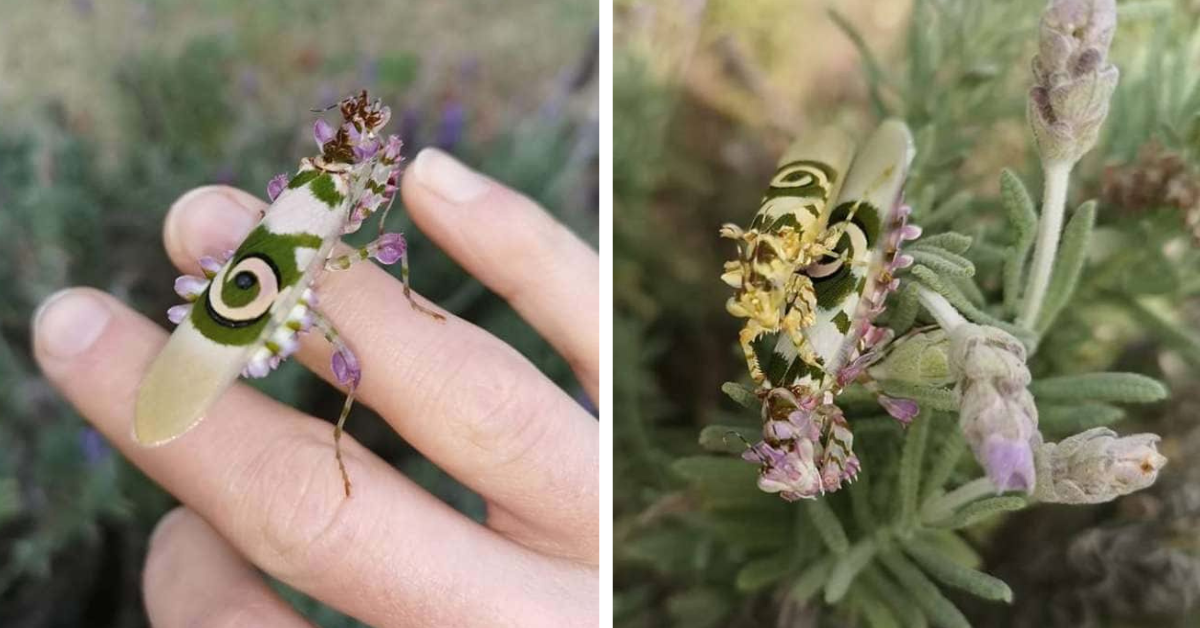 Similar to beautiful flowers, wild animals and insects are fooled in a unique and powerful way. So, be careful when bending over to sniff the flowers, as some may actually be an animal or insects.

Margaret Neville, a farm owner in South Africa, was walking through her garden when she saw something moving like a flower on a lavender bush. She approached and found it to be a fascinating insect that she had never seen before.

The delicate looking creature is called the spiny flower mantis or Pseudocreobotra wahlbergii. It is a species of mantis found in sub-Saharan Africa. This species is well suited for hiding in flower arrangements.

The incredible bug looked almost like a work of art. Her white and green wings were accented with eye-like swirls, and the rest of her body was decorated with small, purple flower-like structures.

She quickly shared the photo with her friend Kerri Martinaglia. Of course, Martinaglia was equally surprised.

Martinaglia shared the photos on social media, and the special mantis has earned many admirers from people around the world. They were amazed to learn that such an animal was real.