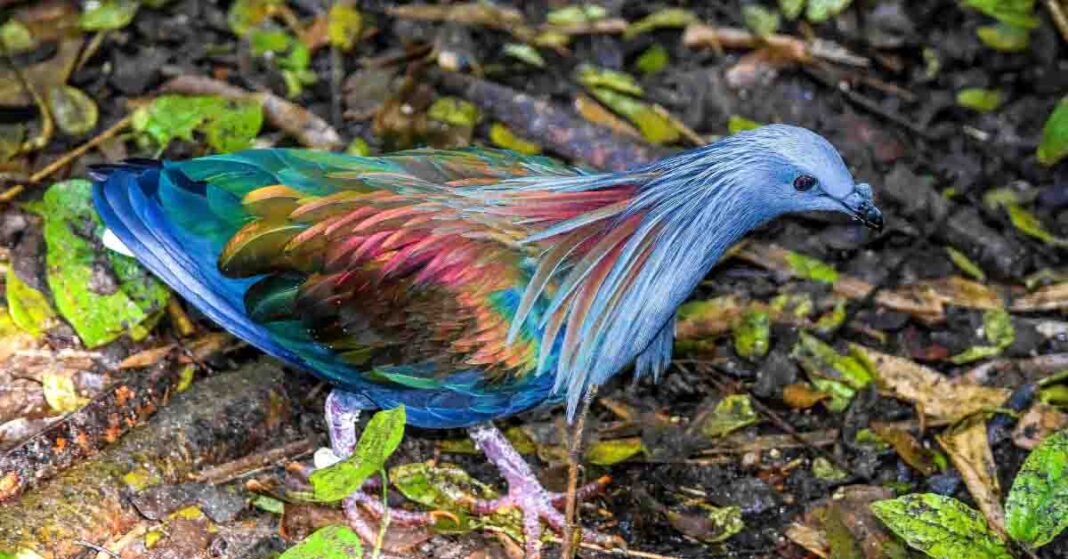 Like the dinosaurs, dodo birds no longer exist in this world, but their presence still lives on in the popular culture. We may not get a chance to see a dodo bird in this lifetime. But luckily, we still have the chance to see the Nicobar Pigeon, a close relative of the famous Dodo bird. Although these beautiful pigeons are related to the extinct flightless bird of the island of Mauritius, the two were nothing alike.

Dodo birds are characterized by their bulbous beaks, dark gray feathers, and portly frames. On the other hand, the Nicobar pigeon has a thin pointed beak, colorful feathers, and a compact frame. Considered one of the pigeon species, these island birds have a dark slate gray body with blue-green and copper-bronze upper parts. Their glossy plumage is further accentuated by the shiny nape of the neck and contrasting white tail. 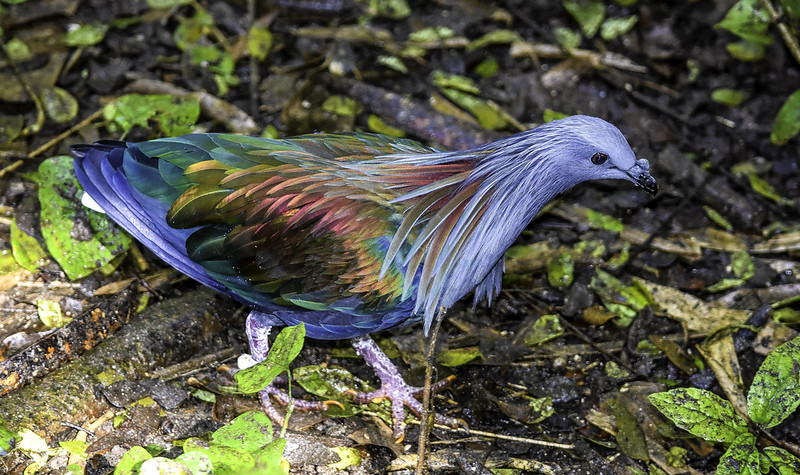 These beautiful birds are found in the small islands of Nicobar, India. They developed their vivid iridescent plumage due to the lack of natural predators on the small islands. With no need to hide from predators, they were able to develop colorful, dazzling plumage that set them apart from other pigeons or pigeon species. 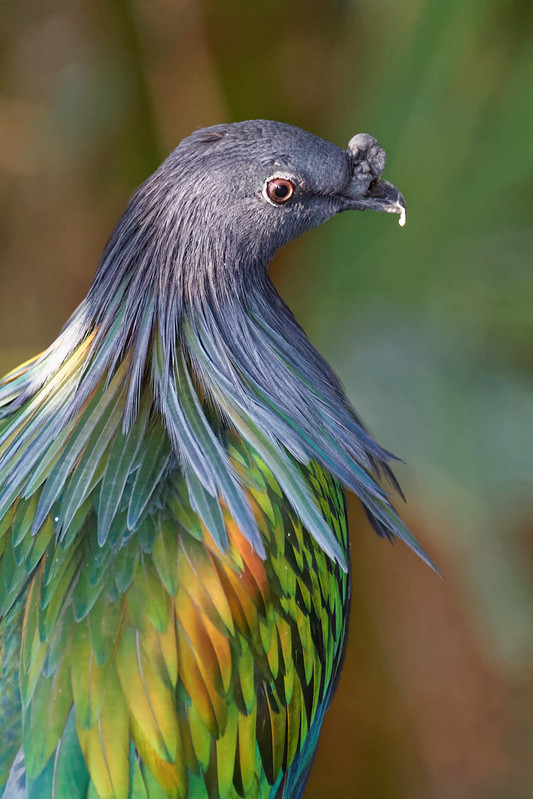 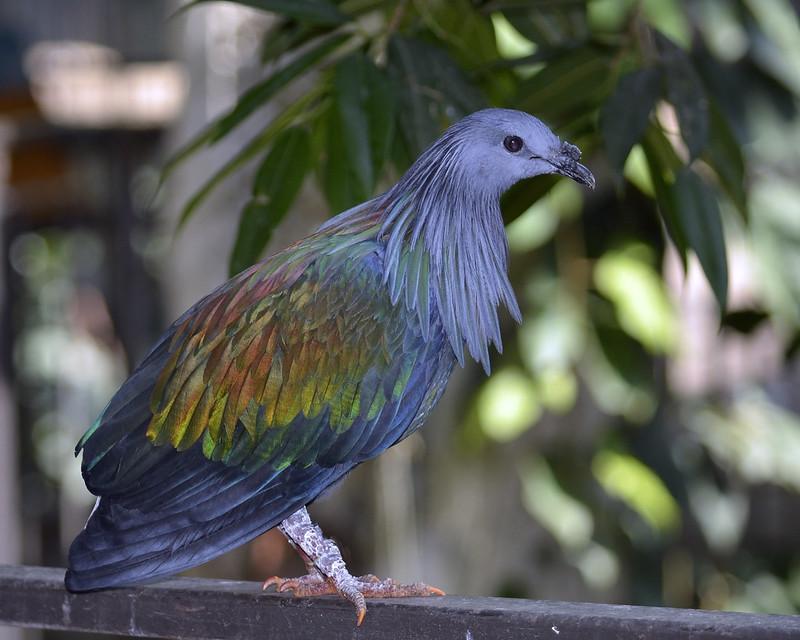 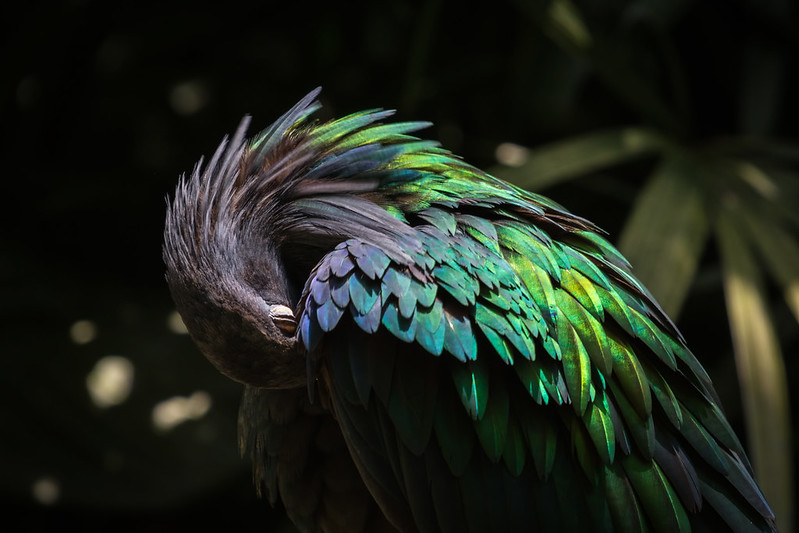 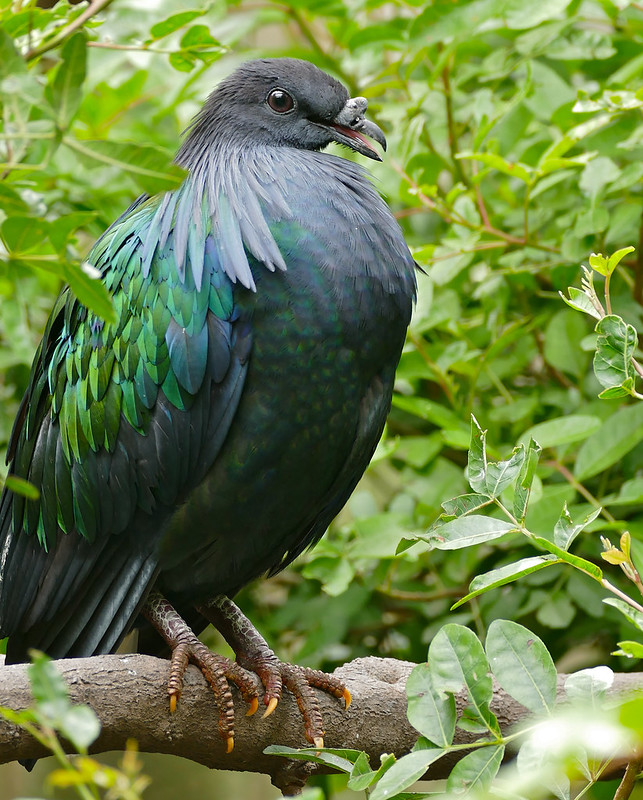 Apart from the fact that both species are island birds, the other thing that makes the Nicobar pigeon similar to the dodo is its tendency towards extinction. Sadly, the birds that inhabit this spectacular site are listed as ‘Near Threatened’ due to hunting, habitat loss, and the introduction of non-native predators such as cats and rats to their breeding islands. Note that this is the reason why dodo birds disappeared from nature three hundred years ago. Will we make the same mistake again? 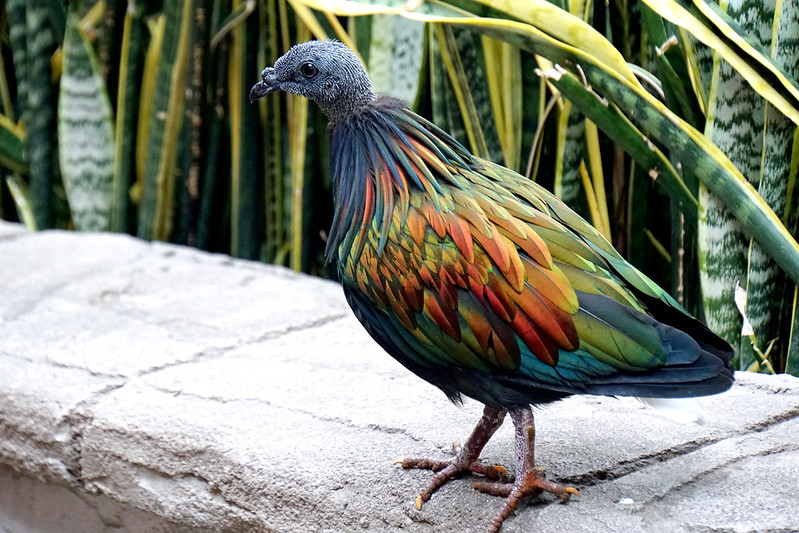 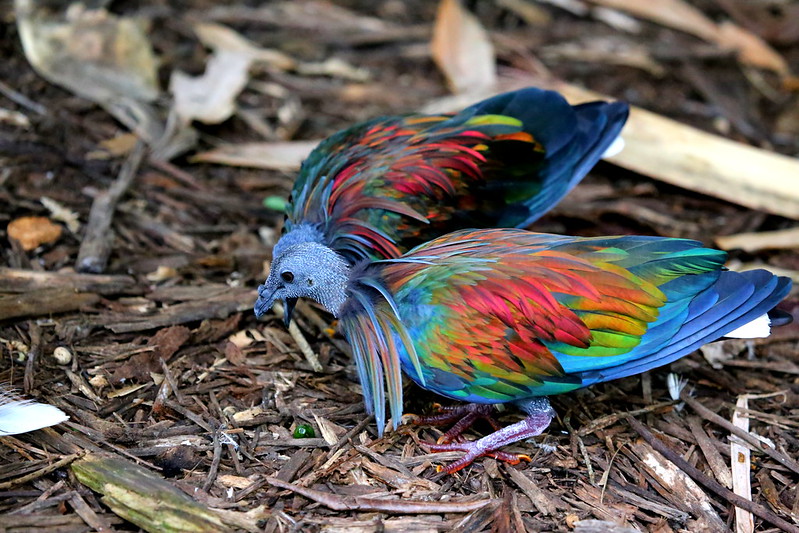 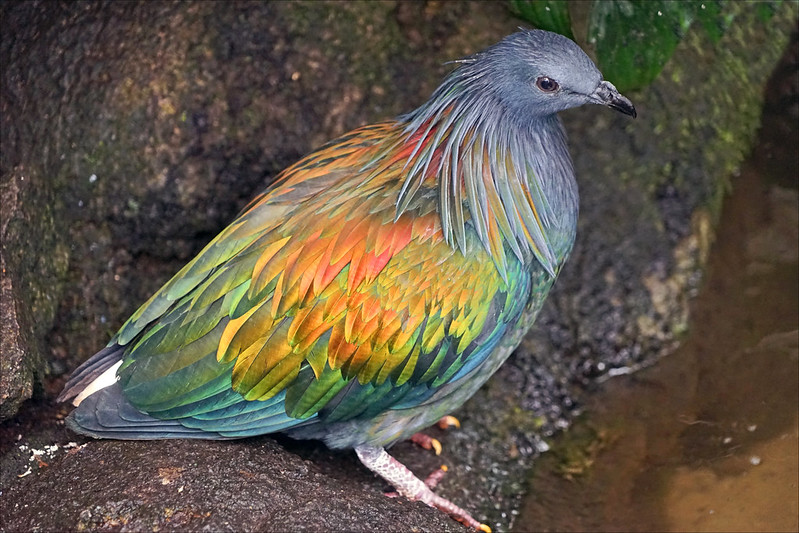 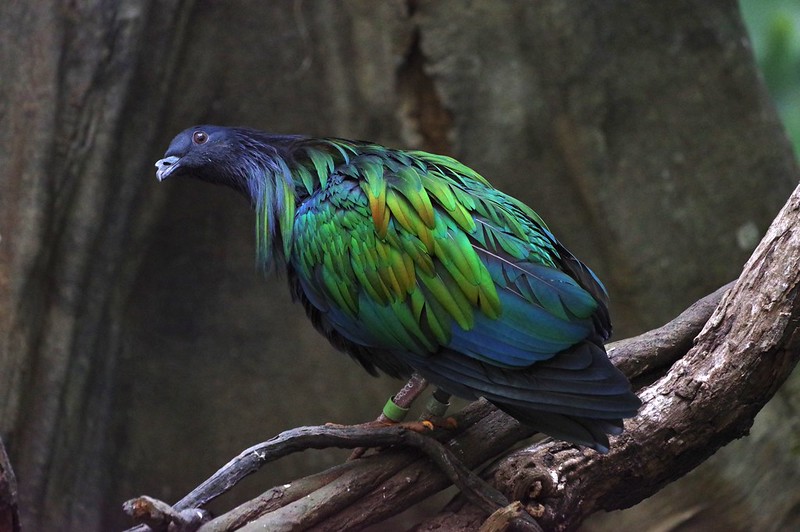 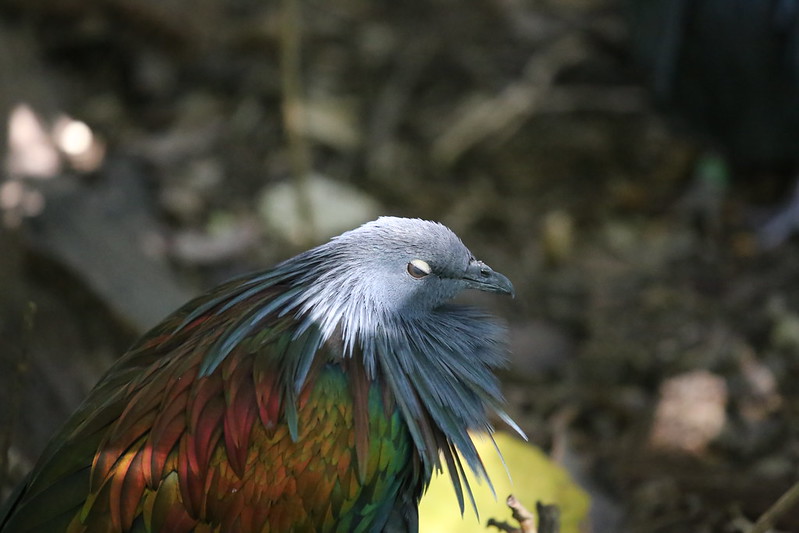 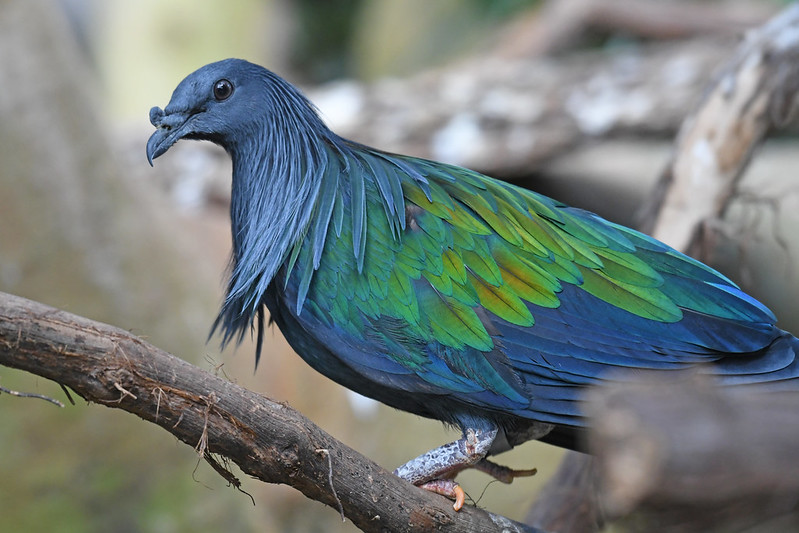