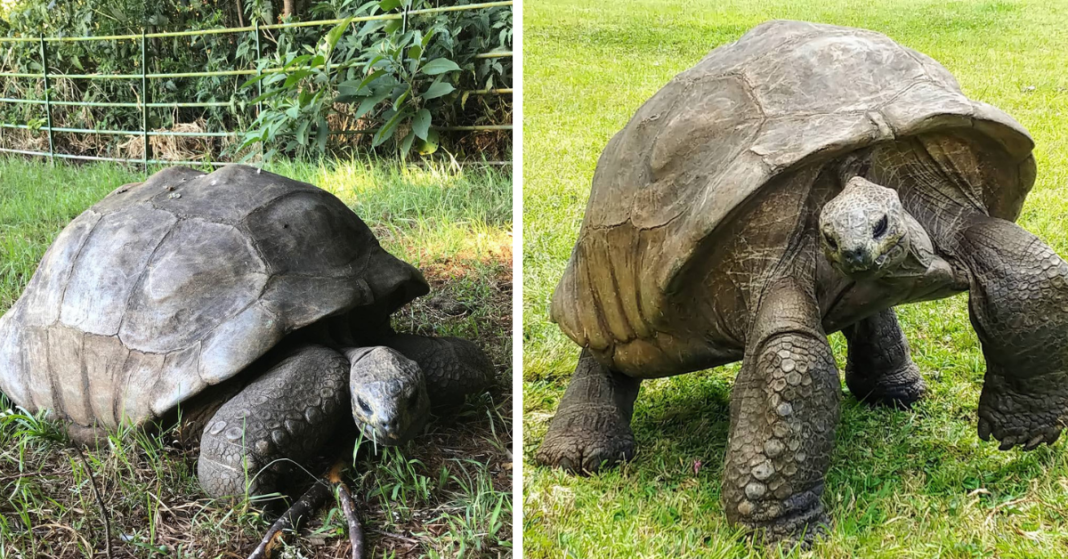 Jonathan Seychelles Giant Tortoise, who is included in the Guinness World Records as the world’s oldest living tortoise, will turn 190 years old in 2022. And what could be a more fitting tribute to this milestone than to commemorate his record-breaking lifetime? The oldest living animal on earth.

Scientific studies reveal that the average lifespan of chelonians, a group of reptiles that includes turtles, tortoises and terrapins, is about 100 years. However, wild turtles are noted to live more than 150 years. So, it’s no surprise to hear about tortoises reaching the century mark. Unless, of course, the animal in question is the world’s oldest living land animal. A giant tortoise named Jonathan currently holds the record at 189 years old. Still going strong, he is set to break his own record when he turns 190 this year.

Jonathan, the world’s oldest tortoise, will turn 190 years old in 2022

Jonathan was originally from Seychelles in the Indian Ocean before being brought to the island of St Helena, part of the British overseas territory in the South Atlantic. Records say he was ‘fully mature’ when he arrived in St Helena in 1882, meaning he was at least 50 years old. Although no one knows his year of birth, records confirm that Jonathan was born around 1832.

This claim was further confirmed by an old photograph of him grazing on the grounds of his estate in St Helena, taken between 1882 and 1886. He looks fully grown in that photo

The super-centenarian Chelonian has resided in Plantation House, the official residence of the Governor of St Helena, since it was gifted to Sir William Grey-Wilson. In the 1930s, the then Governor of St. Helena, Sir Spencer Davies, named him Jonathan. He has seen 32 governors visit the same grounds till date during his lifetime at the estate.

Old age began to take its toll on Jonathan five years ago when he lost his sight and sense of smell. The governor had to call in local veterinarian Joe Hollins to monitor his health and feed him a healthy diet. Despite his age-related problems, Jonathan is still very healthy and still has good hearing. Although older than the Eiffel Tower, the world’s oldest tortoise still loved to walk around his gardens with three other giant tortoises, David, Fred and Emma.