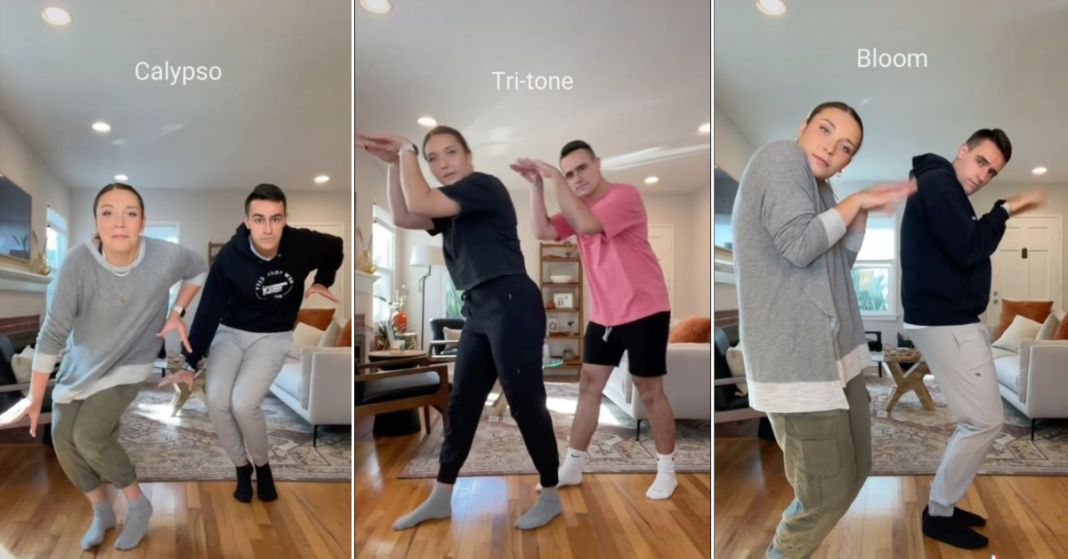 Phone alarm tones are surprisingly expressive. Distinct sounds have their own personality, even if they only last a second or two. Choreography duo Austin and Marideth Telenko, aka Cost n’ Mayor, take this idea a step further by repurposing all iPhone sounds into interpretive dance. In an elaborate series of 40 dances, the couple listens to a tone and then creates a movement that captures the essence of what they just heard.

If you’ve ever tried to find that perfect tune, you know how each sound has its own unique charm. This is reflected in Telenkos’ choreography, which matches both the length and the vibration of the selected tone. Often, it involves moving like two robots to mimic the mechanical sounds of an alarm. At other times, they seem to be tiptoeing (for the “Anticipate” chord) or performing a split second of a ballet movement (for Fanfare). Each dance is as unique as the chord it interprets, capturing the spirit of the sound while being a joy to watch

25 Fashions, Designers Should Be Ashamed Of

15 Package Designs That Are a Crime Against Humanity

19 Times When People Refused To Obey The Law Of Logic

18 Unlucky People Whose Days Were Ruined So Badly